Though they had studied law, the barons Fausto (Milan, 1843-1914) and Giuseppe Bagatti Valsecchi (Milan, 1845-1934) were both active as architects, and were directly involved in the renovation in neo-Renaissance style of the family home on Via Gesù, also working for noble Lombard families with whom they shared ambitions and lifestyle. Avid sportsmen, they were particularly passionate about the velocipede. While Fausto never married, in 1882 Giuseppe wed Carolina Borromeo, who bore him five children.

How much fun did you two have? You were just a couple of years apart, Fausto and Giuseppe. You grew up together, comrades, cohorts. Building your games from the outset, gravely, as only children can do. Because play is a serious matter. You shared everything, the ideas of one were those of the other. You both studied law, but neither one practiced it. You had a much more complicated game in mind, to play together. That of bringing the past back to life, of putting the lifeblood back into History. These escapades, this dropping of a law career in the name of beauty, come from your father. He had studied science, with a degree in Mathematics from Pavia, but then… 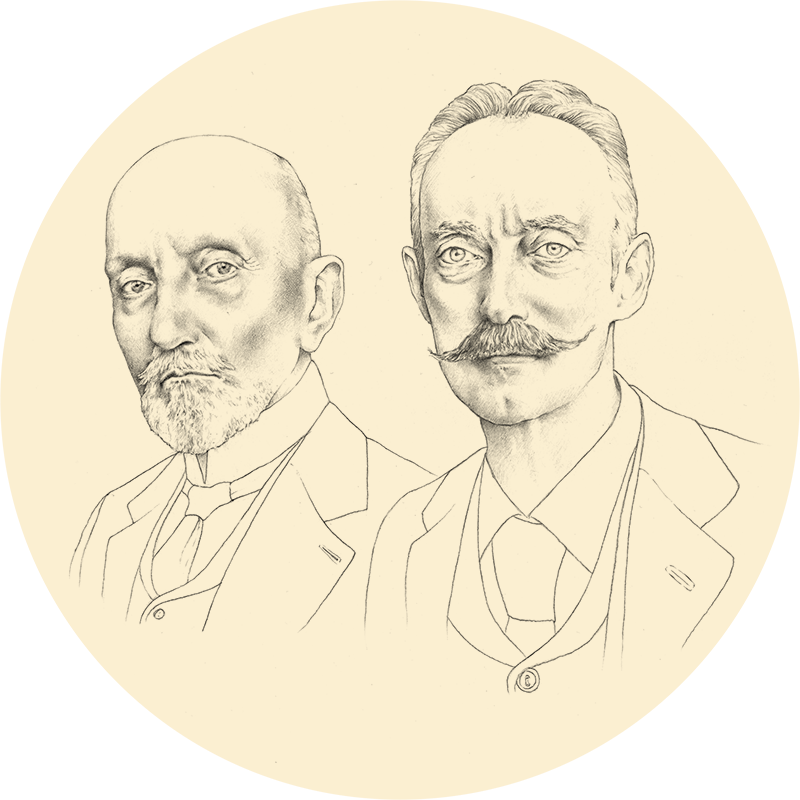 The Bagatti Valsecchi Museum is a historic house-museum, the outcome of an extraordinary adventure of collecting at the end of the 19th century. The protagonists were two brothers: the Barons Fausto (Milan, 1843-1914) and Giuseppe (Milan, 1845-1934) Bagatti Valsecchi.